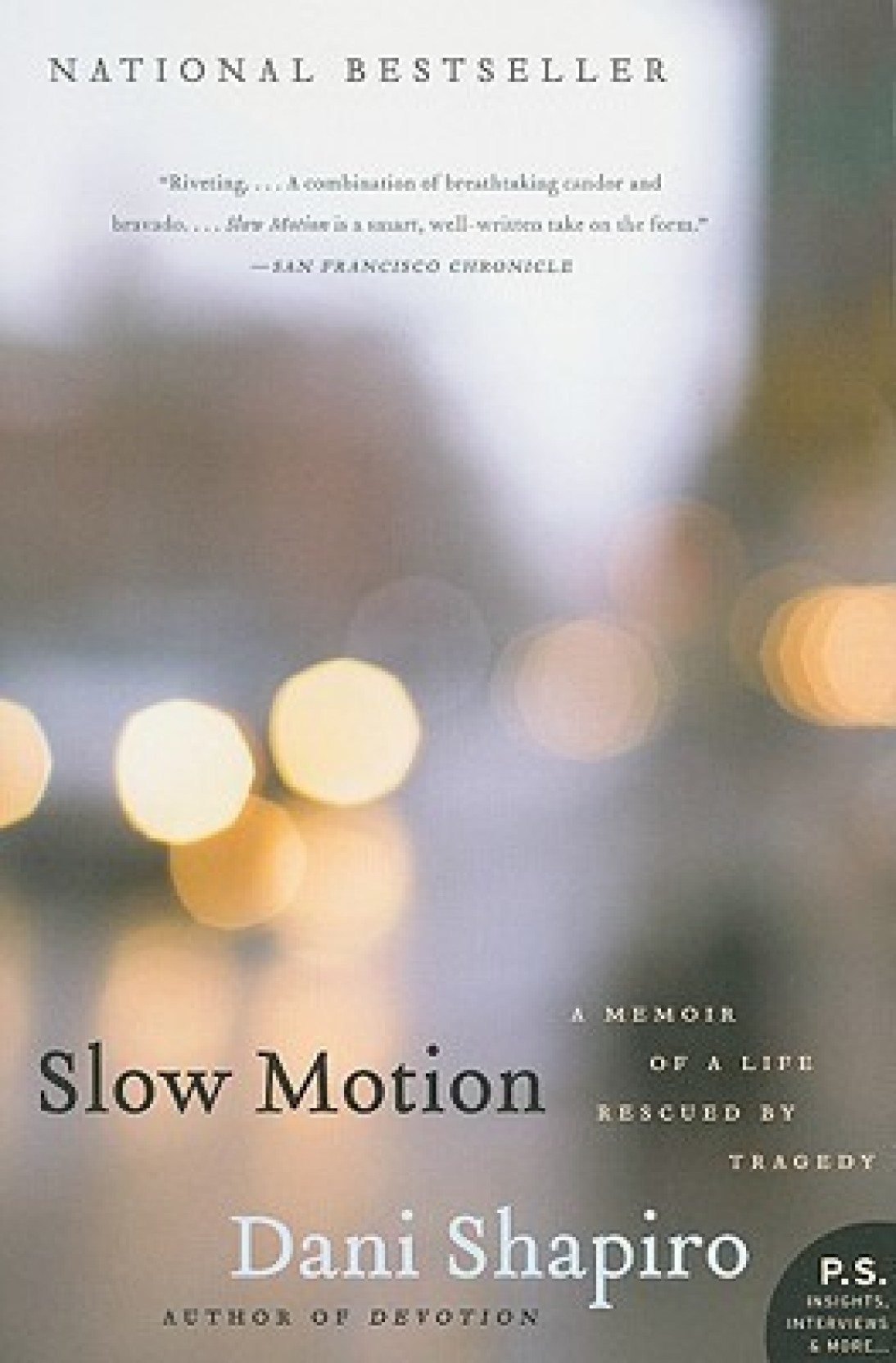 Absorbing, sweetly stinging…Shapiro’s book succeeds as a gracefully written story of reckoning inspired by tragedy and the long reach of familial roots.

Shapiro’s writing has the spare elegance of a thin, gold bracelet–with all the timeless appeal and elegance and fine craft that implies. Her self-examination is untainted by self-pity…A great piece of writing and an inspirational tale…SLOW MOTION illuminates the rocky road to integrity in graceful but wrenching steps.

Notably free of self-pity and rigorous in her scrutiny, Shapiro doesn’t spare her lover, her family, or herself, yet there’s emotion on these pages that is rare among the recent spate of confessionals. The result is a story that isn’t perversely voyeuristic, but simply rewarding.

Well-crafted and full of juice…

Shapiro does not sugarcoat her life; she writes with an eviscerating, raw honesty about the wrong turns and mistakes she made. She is equally harsh with her family, capturing the jealousies and pettiness they refuse to put aside in a time of calamity.

Shapiro is an uncommonly fine writer who seems effortlessly to combine a lean prose style with acute observational detail…Shapiro’s book should be celebrated not as a morality tale, but as good literature.

Remarkable and painful…Shapiro lays bare her own young and fractured self with searing candor. The result is moving, comic, and bitterly self-aware.

There is a gritty honesty to [Shapiro’s] cautionary confessional that will alert others to listen for and respond to wake-up calls of their own.