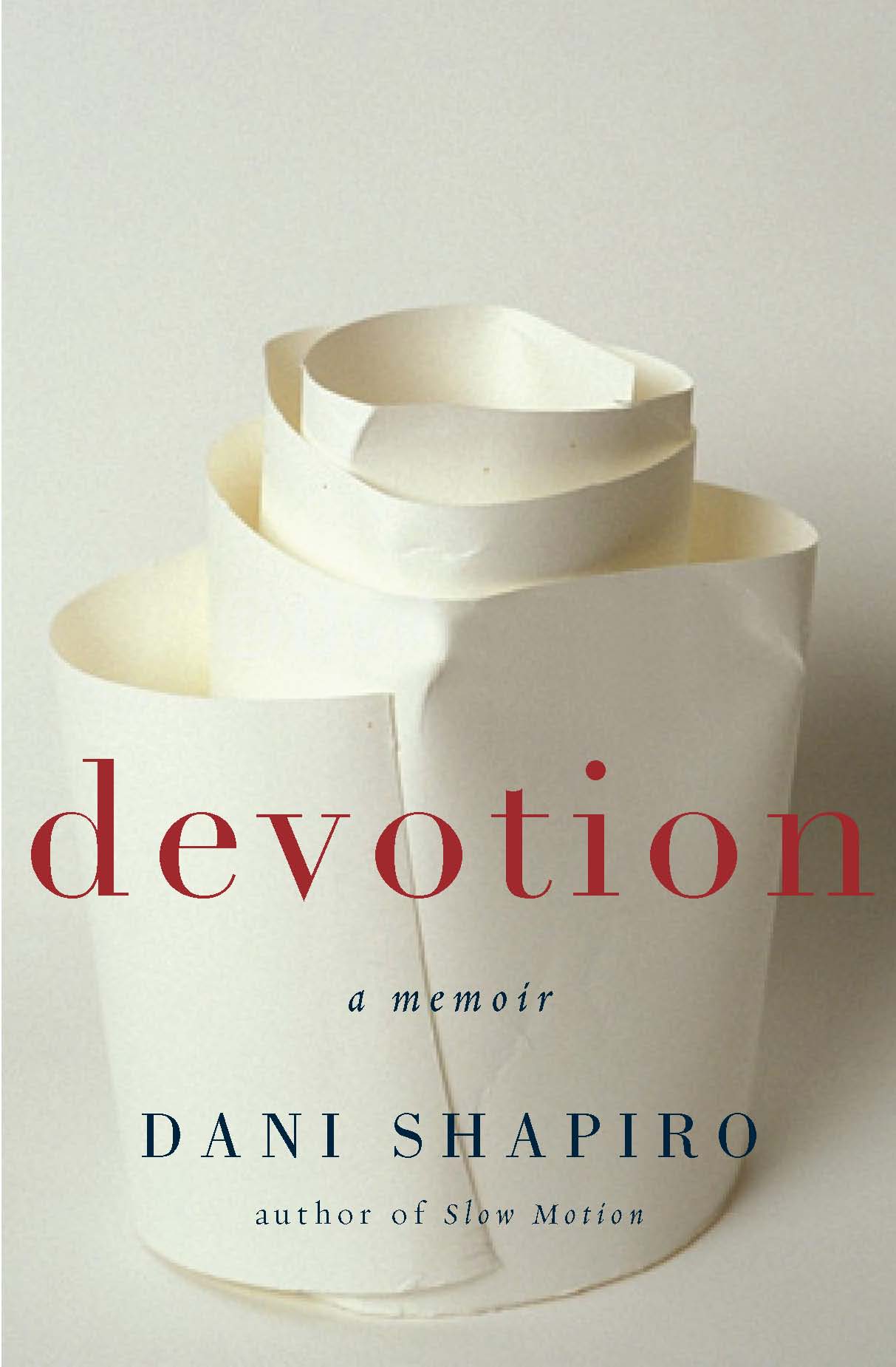 The full episode of Dani on Super Soul Sunday can be seen here.

Shapiro offers substance, originality, beautifully formed language and frequently moving reflections and insights on just about every page of Devotion.

Shapiro is a thoughtful observer, and her writing is lovely. Some of her most vivid scenes are those in which she brings other people to life: her mother sitting through a therapy session in a froth of rage, holding X-rays of a lethal brain tumor that she doesn’t disclose; her father at his morning prayers.

Quietly searing…Shapiro weaves her family history into a rich and satisfying pattern. The effect is both powerful and haunting; we watch her move from past to present, parent to child, confusion to a fragile sense of peace.

Rich in honesty and intelligence.

…the one book that anyone over, say, 35, needs to read right now.

One of the Best Winter Books.

If Elizabeth Gilbert’s Eat, Pray, Love was about the fantasy of a spiritual journey, Dani Shapiro’s Devotion is about the reality.

An insightful and penetrating memoir that readers will instantly identify with…Absorbing, intimate, direct and profound, Shapiro’s memoir is a satisfying journey that will touch fans and win her plenty of new ones

Courageous, authentic and funny, Devotion is Shapiro’s exploration of her own relationship with faith.

Shapiro’s journey is a deeply reflective one, and her struggles are as complex as they are insightful, philosophical, and universally human.

What makes Devotion most compelling is its willingness to explore the elusiveness of certainty.

I was immensely moved by this elegant book, which reminded me all over again that all of us – at some point or another – must buck up our courage and face down the big spiritual questions of life, death, love, loss and surrender. Dani Shapiro probes all those questions gracefully and honestly, avoiding overly simple conclusions, while steadfastly exploring her own complicated relationship to faith and doubt.

I was on the verge of tears more than once in the course of Dani Shapiro’s impeccably structured spiritual odyessy. But Devotion’s biggest triumph is its voice: funny and unpretentious, concrete and earthy–appealing to skeptics and believers alike. This is a gripping, beautiful story.

- Jennifer Egan, author of The Keep

Dani Shapiro takes readers on an intense journey in search of meaning and peace. Her story of hope is eloquently told and unflinchingly honest.

This is a book for people who pray, for people who breathe deeply as a form of prayer, for people who have no idea why or even how some people pray. This is a beautiful, wry, and moving story about one intelligent woman’s journey into her own life to the corners where intelligence doesn’t always help. Devotion is a book for anyone who knows or suspects that they are, to paraphrase Carl Jung, thoroughly unprepared to take the step into the afternoon of life.